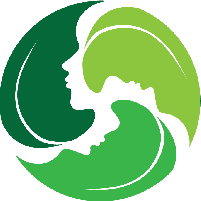 Women with heavy menstrual cycles may suffer embarrassment, missed time from work or school, or discomfort. Endometrial ablation offers an effective and minimally invasive solution. At Evergreen Women's Health, PC. in Vancouver, Washington, we offer endometrial ablation. We use the proven and FDA-approved NovaSure® method to help you find relief. Call today or book online to learn if endometrial ablation is right for you.

What is endometrial ablation?

Endometrial ablation is a minimally invasive procedure that helps women find relief from abnormally heavy bleeding. The procedure removes your uterine lining. You only need one short procedure to experience long-lasting results.

Who is a candidate for endometrial ablation?

If you suffer heavy menstrual bleeding that soaks through hygiene products, wakes you from your sleep, and causes embarrassing leaks, endometrial ablation can help you get your life back.

Endometrial ablation is minimally invasive, quite effective, and requires little downtime, so you can get back to life right away.

You shouldn’t get pregnant after endometrial ablation, so you should be sure your family is complete. If you have an active infection, intrauterine device, or uterine cancer, you should also opt for alternative treatment methods.

The FDA approved the NovaSure treatment platform in 2001. NovaSure has a long history of clinical trials and review, as well as almost two decades in practice. In the hands of a skilled and experienced practitioner like Dr. McNally at Evergreen Women's Health, PC., NovaSure endometrial ablation has a very low risk of side effects.

NovaSure has a high satisfaction rate, with almost 93% of women who’ve had the procedure reporting that they were pleased with their results one year after treatment.

What should I expect during NovaSure endometrial ablation?

Although some clinics offer this procedure in office, Dr. McNally performs this at Legacy Salmon Creek Medical Center. First the anesthesiologist administers IV sedation so that you will sleep through the procedure. Then, Dr. McNally administers local anesthesia, what is called a “Paracervical Block," to further ensure that this is a painless procedure. The Paracervical Block lasts for several hours afterward so that postoperative pain is minimal. Dr. McNally then gently opens your cervix to access your uterus.

Dr. McNally uses a slim wand to place a triangular netted device inside your uterus. The netting expands to meet your uterine walls, and then carefully controlled radiofrequency energy is directed through the netting and into your endometrial tissue.

The actual ablation only takes about 90 seconds. Once complete, Dr. McNally withdraws the netting back into the wand and gently removes it from your body.

In the first hours after the procedure, you may experience some cramping. Over-the-counter pain medication and a heating pad should give you sufficient relief.

To learn more about endometrial ablation as a solution to heavy menstrual bleeding, call Evergreen Women's Health, PC., or use the online tool to schedule.