Evergreen Women's Health, PC. Blog Uterine Fibroids: what they are, when they need to be treated, and options 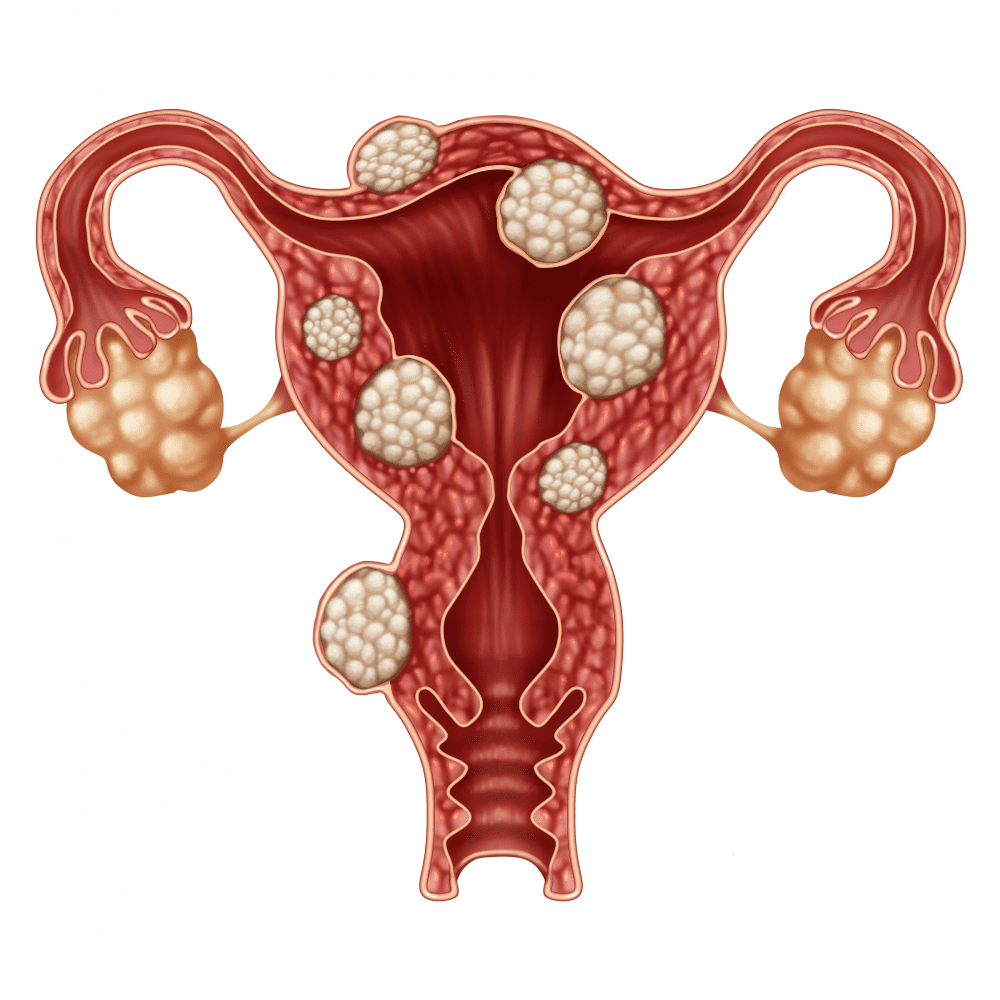 There are a lot of urban medical myths that are passed down from one generation of medical students to the next. Allegedly, a patient once listed “Fireballs of the Eucharist” as the reason for her visit with a gynecologist. There is an inner (very immature) child in me that thinks of this phrase whenever I talk about fibroids. But I digress.

Fibroids are very common and roughly 1/3 of women will have these. Most women who have fibroids do not know it. But before you go racing to your doctor to find out if you have fibroids, read on.

WHAT EXACTLY ARE FIBROIDS?

Fibroid tumors, also known as “leiomyomata,” are created by an overgrowth of uterine muscle. The uterus is made of smooth muscle, similar to the muscle that makes up your heart. Fibroid tumors occur when this muscle forms a firm, solid ball.

WAIT… DID YOU SAY TUMORS???

Medical terminology is the root of so much misunderstanding and unwarranted anxiety. In medical lingo, “tumor” just means a mass of some type. It does not mean cancer. In the case of fibroids, it very rarely means cancer. In fact, depending on the study, the chance of leiomyosarcoma (cancer) is anywhere from 1:300 to 1:1000 fibroids.

SO IF IT’S NOT CANCER, WHY SHOULD I CARE?

Fibroids typically just sit there without causing problems. But sometimes they can cause symptoms, such as pelvic pressure, back pain, or heavy menses if they are large. If you have new pelvic pain and your doctor discovers a fibroid on ultrasound, it has likely been there for a long time and is unrelated.

HOW BIG DO THESE THINGS GET?

Pardon me as I again reminisce about my medical school days. On one of the first days of anatomy lab, we had a class called “Bucket of Parts,” or something equally descriptive. There were various organs in various buckets, like the abnormally small heart nick-named the “Grinch heart.” Then there was this weird and heavy gray thing, a little smaller than a football, that was cut at an angle. It had swirls and holes and kind of reminded me of a ham hock.

(Photo above is actual ham hock, not a fibroid. But this is what I remember it looking like.)

We clueless medical students were mezmerized–that came out of someone??? Hello, fibroid. I think that was the day that many of my classmates decided they were not going into OB-Gyn. Personally, I never thought I would be an OB-Gyn, but that is another blog post.

IS THERE JUST ONE TYPE OF FIBROID?

Technically, there are three types of fibroids, grouped by where they grow:

Regarding heavy periods, location is key. You may have a grapefruit-sized fibroid, but if it is growing on the outside of your uterus and minding its own business, it’s unlikely to affect your periods. Inversely, you can have a walnut-sized fibroid but if it is up against the endometrium, the source of menstrual bleeding, it might be the cause of very heavy periods.

I’VE BEEN TOLD I HAVE FIBROIDS AND I WANT TO GET PREGNANT. WILL THIS BE A PROBLEM?

Usually, no. Many women with fibroids can conceive and have a perfectly normal pregnancy (if there is such a thing). But if the fibroid is in a location that prevents implantation or if fibroids are very big and causing contractions, there can be complications. But in general, fibroids are usually not going to be a problem.

THEY DISCOVERED A SMALL FIBROID ON AN ULTRASOUND. WILL IT GET BIGGER IF I DON’T DO SOMETHING?

It might shrink, stay the same, or grow bigger. If a fibroid does get bigger, it’s usually is not by much.

WHAT ARE SURGICAL TREATMENT OPTIONS FOR FIBROIDS?

Hysterectomy is the most common surgery for fibroids. In addition to removing your fibroids, your doctor will remove your entire uterus. If this treatment is recommended to you, don’t panic.

Why you shouldn’t panic: Hysterectomy will NOT change your hormones or trigger early menopause.

Women often interpret hysterectomy to mean removing all your internal lady parts, including your ovaries. This is incorrect. For women under 60 years old, most hysterectomies do not involve removal of the ovaries. The ovaries make hormones, not the uterus, so your hormones are largely unchanged by a hysterectomy.

Myomectomy is removal of individual fibroids. This is typically reserved for women who want to retain child-bearing ability and is a less popular choice for a number of reasons:

WHAT ABOUT NON-SURGICAL TREATMENT OPTIONS?

“Nothing heals like cold steel.” ~A quote from every surgeon that ever lived.

(Other fun rhymes: “Tumor is the rumor, cancer is the answer.” If you are interested in reading a book full of medical cynicism, check out “House of God” by Samuel Shem. It will knock the warm fuzzies right out of you.)

But in all seriousness, there are some decent non-surgical options.

Uterine Artery Embolization (UAE, also called Uterine Fibroid Embolization) is a procedure done by a specialized radiologist called an Interventional Radiologist. The Interventional Radiologist makes a small incision over a vein and feeds a thin catheter into the uterine arteries, which supply blood to your fibroids and uterus. Small particles are injected to obstruct your arteries and cut-off the blood supply to the uterus. Fibroids depend on this blood supply and thus will (hopefully) shrink and die.

The most common side effect of UAE is pain. Since the muscle is similar to heart muscle, I compare it to having a heart attack in your pelvis.  It is not surgery, but women are sometimes admitted to a hospital overnight for pain control.

In the past, we told women that it would be dangerous to get pregnant after UAE, due to too many unknown complications. There now is some data showing that normal pregnancy is possible after UAE, but the jury is still out. Don’t go this route if you want to conceive in the future.

High Intensity Focused Ultrasound (HIFU) is the newest treatment. This is a procedure done under continuous MRI visualization, in which focused ultrasound is used to heat the fibroid and thus destroy it.  Studies show a 13% mean reduction in size of fibroids after 6 months of treatments, and it takes several treatments that each require 1-2 days of recovery. In my mind, that is a lot of down time for only 13% improvement, but maybe this technology will improve.

Lupron is a medication that’s been used in the past for fibroids, but it has a very specific niche. This injectable medication puts you in a temporary menopausal state, thereby starving fibroids of estrogen and progesterone and causing them to shrink. This is useful if a woman wants a hysterectomy and either is super anemic from bleeding and thus surgery is risky, or has a super large fibroid and wants to have a smaller incision.

Selective Progesterone Receptor Modulators (SPRMs). These meds include Vilaprisan and Ulipristal (Ella) and have been approved in Europe and Canada for fibroid treatment. Ella currently is being used for emergency contraception and works by blocking progesterone receptors. In my mind, this is the most promising treatment on the horizon. In one study, 70%  of women became amenorrheic (stopped having any sort of period), and almost half had a significant reduction in size of fibroids. But this needs to be studied further.

Lysteda (tranexamic acid) is not specifically for fibroids, but I think it’s an underrated and under-marketed option. It’s a drug that decreases menstrual bleeding in general, regardless of the cause. It is not a hormone and has minimal side effects.

While Lysteda won’t help with large, painful fibroids, it’s useful if a small fibroid is causing heavy periods due to its location.  Lysteda can be very effective in this case and has minimal side effects.  Women typically have a 40% decrease in blood loss and it’s only used on the heaviest days of bleeding, for up to 5 days a month. There have been concerns that it causes blood to clot in your veins (DVT), but a study with over 1400 women did not show an increase in these clots. 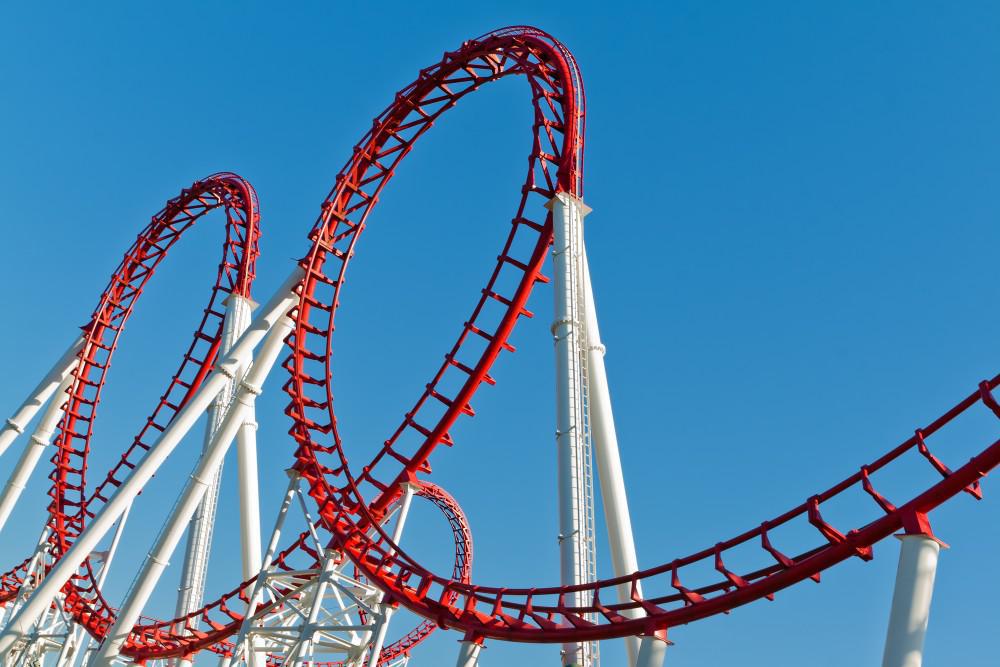 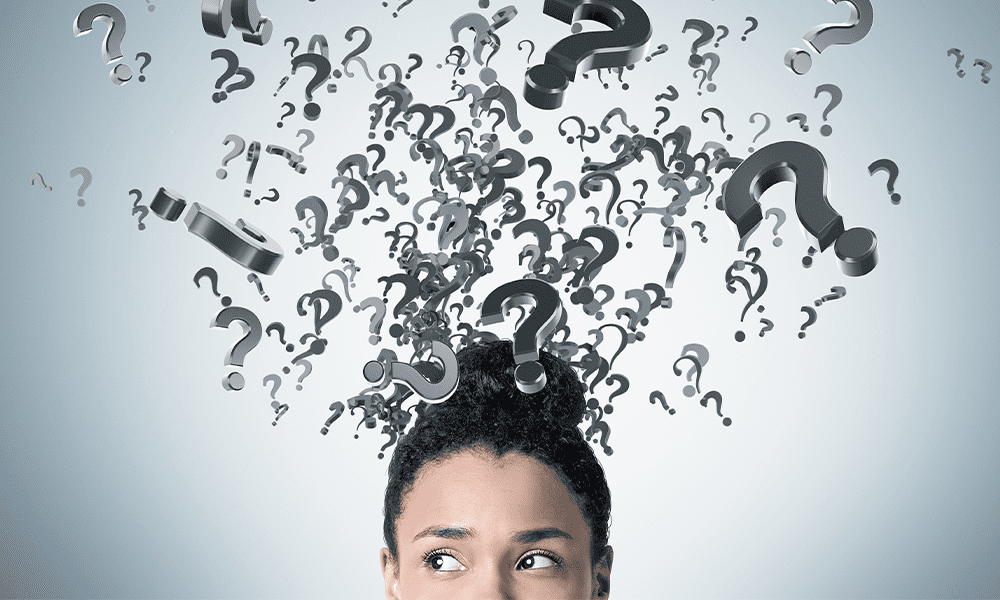 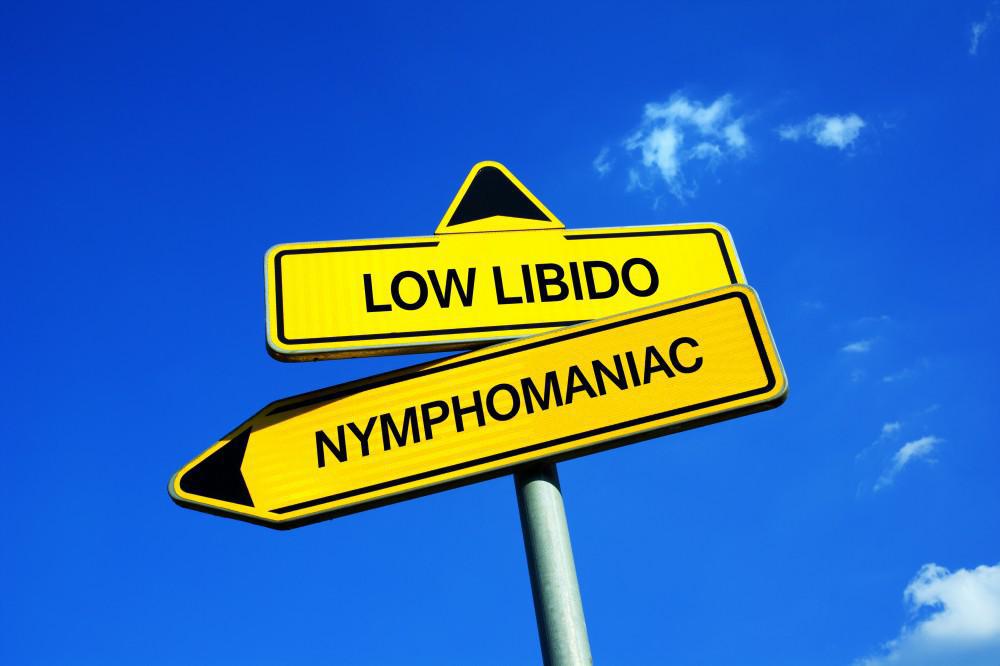